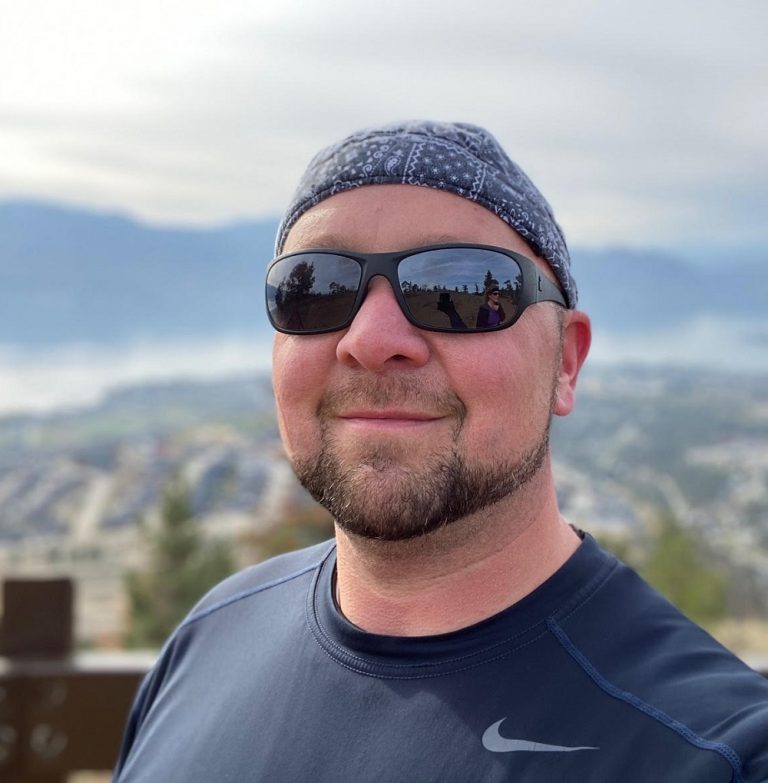 I’ve been Mountain Biking since 1989.  Mountain Biking in West Kelowna since 2003.  I started Biking at Smith Creek in 2008, Rose Valley shortly after.  From riding in West K several times per week, for so long, I’ve witnessed a lot of change in the local Mountain biking scene, styles, and the trails.  With so much change, and increased Government interaction, I was getting worried that our trails may be in jeopardy.  Then, when I saw all of the great work that West Kelowna Trail Crew was doing, I knew that I had to be part of it.  So I Joined the West Kelowna Trail Crew in 2019.

Among many other things, I hope to help bring a new level of transparency to the club, work towards helping the club be fully engaged with the local Mountain Biking Community, and, of course, build fun trail.